Your Heritage Financial Planning and Alan Tickle was recognised in 2015 by the Beddows Institute as amongst the most trusted advisers in Australia.

With decades of experience, you can be confident in the knowledge and capability of YHFP advisers.

We’re here for the long haul.

With a team who have worked with us for many years supporting the community of Manning Great Lakes.

To be the best at what we do

Today’s complex and uncertain investment markets can make it difficult for individuals to select and manage their investments in an educated and consistent manner. Yet, financial security is vital to support quality of life – not only now, but in the many years to come.

The name “Your Heritage” is about good Aussie country values, integrity and service where you and your family’s future is paramount in the service culture of our business.

Our planners are Authorised Representatives of Securitor Financial Group Limited (Securitor). The team at Your Heritage Financial Planning is focused on delivering exceptional service and advice. We believe that building a solid foundation will hold us in good stead to fulfil our goal of being a professional and respected financial planning practice.

Planning for the Future

Your initial interview establishes a rapport and an understanding of what is important from you, the client’s perspective.

This might be termed goal setting. If you refer to our Mission Statement, it accurately reflects that the client’s best interest must be the basis for any planning or advice.

This might start out as identifying what income is available verses the fixed and unavoidable cost of living.

From there it comes down to identifying what is important to a client because their needs are individual and special.

Protecting what is most Important to YOU

Whether retiring or employed, your most important asset is yourself.Protecting your financial well-being might come down to a strategy to ensure income lasts a life time.

In the case of a younger person, their goals generally revolve around asset protection by ensuring that income and the ability to support yourself and a family is protected. This essentially means affordable insurance that protects against the unknown and safeguards against what might be a financial catastrophe in the event of illness, disability or death.
For the retiree or those building wealth, having a strategy that caters for income needs while building wealth for the feature may be the goal. 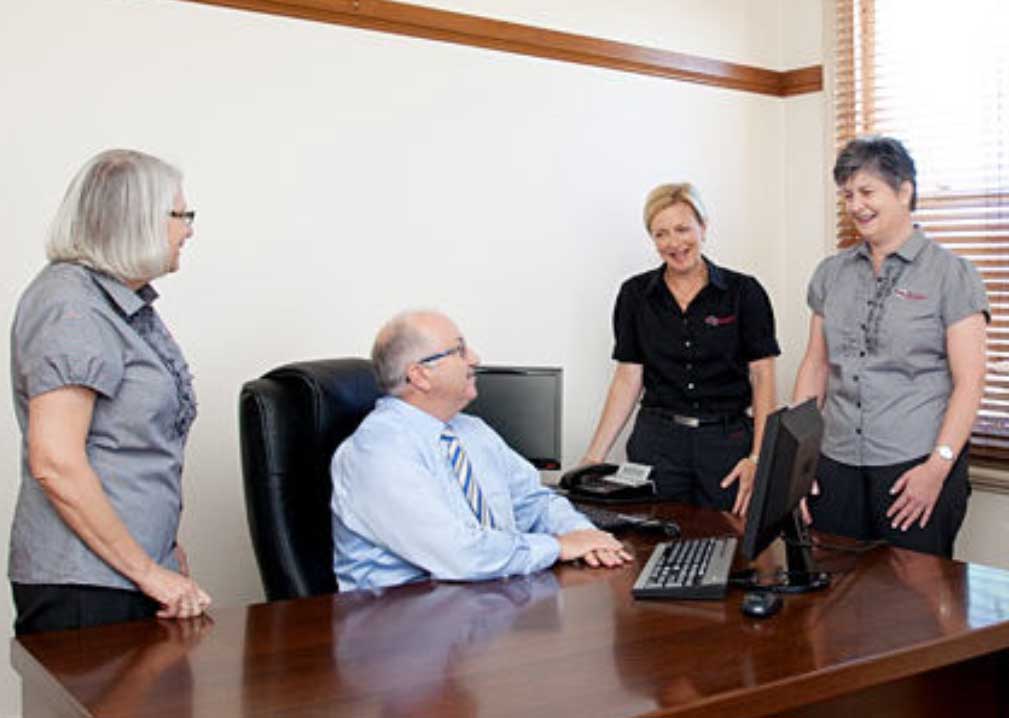 "Our clients best interests are central to all of our endeavours"

Wealth creation simply means “growing assets” as opposed to a retiree which might be drawing down or living off the wealth created during their working life.

Advisers must consider each client’s individual goals and objectives and guide them through the various investment options that aligns with those goals.
More

Analysing your particular circumstances and recommending investment strategies which can provide tax effective solutions for your portfolio.
More

We work with you to take advantage of the concessionally taxed superannuation environment, including superannuation consolidation, asset allocation and portfolio construction, investment types, and compliance with contribution and withdrawal regulations.
More

Ensuring that your investment plans- both current and future will allow you to maintain your desired lifestyle in retirement.
More

Reviewing any existing personal insurance arrangements you or your family may have and recommending the policies best suited to your near and long term needs.
More

Structuring your investments to best provide for your family and to liaise with your legal representative with respect to estate planning matters.
More

Analyse your financial circumstances and recommend investment strategies which will make the best use of your entitlements for government benefits such as Centrelink Pensions.
More

What our Clients Say

We are a young couple with two children. We were encouraged to seek advice from YHFP and Alan Tickle.

He literally changed our lives.

He started on a journey on where we are to where we wanted to be and set up a easily understood plan for us to follow.

Along the way, he examined our existing superannuation and he noticed there was disability insurance in place for my husband, who is disabled.

We wanted to close the superannuation, but Alan advised not to and instead lodged a claim on the disability insurance. He argued with the insurer during the claims process when they attempted to refuse the claim, resulting in a substantial payout from the insurance.

It doesn’t stop there, he queried why I changed superannuation providers and the attached insurance.

He found that we were wrongly advised to change funds because the insurance was inferior and more expensive.

He helped us lodge a complaint and we received a significant refund back into our superannuation from the Bank who gave that advice, to cover the next 20 years of additional premiums.

We since referred both parents, who are equally over the moon with the service, advice and the confidence they now have.

Jonathon Tickle, is our age but has heaps of experience.

Its great to know that he is there for the long haul as our needs change.

We started our discussion with considering our income and what spare cash we could set aside.

From there we set some savings goals for a home deposit.

We soon realised that without income, all our hopes & dreams fall apart.

The insurance he set up gave us that security, ended up less expensive that what we had but with premiums locked in, it will save thousands over the expected life of the policy.

Jonathon then put us in contact with a mortgage broker who helped us own our first home.

We also established an education fund through Jonathon, that grows from both government support plus taxation benefits, for our children’s education.

My Mum and Dad thought the world of Alan and we were so grateful that he met with all of us over the Christmas holidays before Dad died and explained their financial situation.

We ended up shifting our business for him to look after even though we live out of the area. Contact is easy through the internet otherwise we either see him when he is in our area or we catch up when visiting mum. Love their office and parking is easy.

While Alan can see us at Forster, I find it so easy to get a park behind his office and I just love the Heritage Building. It feels so cosy with the beautiful old timber floors and high ceilings.

Book an appointment with one of our specialists today.

Investor Online gives you quick and easy access to your Asgard account information when you want it. Stay in touch with your investment information and account details

Use these links to help you manage your money better